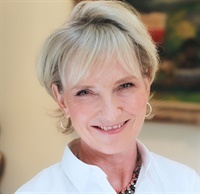 Julia is a leading UK psychotherapist. At St. Mary's Hospital Paddington, she established the post of psychotherapist for Paediatrics, where her role for 25 years involved seeing families who have children or babies who die, and where she trained and supported the staff.

In 1994, she worked to help launch and establish The Child Bereavement UK and as The Founder Patron was involved and in many aspects of the charities work, having a key role in fundraising, strategy and training. She has stepped back from active involvement now.

In 2016, Julia was awarded an MBE in recognition of her services to bereaved children and in 2017 Middlesex University awarded her an Honorary Doctorate.

In 2021, Julia produced a 5* rated app for those who grieve, Grief Works - a 28-day course to soothe your pain, build your strength and heal. Available on the App store, who have featured it numerous times as a recommended and trending app.

She also has a private practice where she sees families and individuals for many different issues.