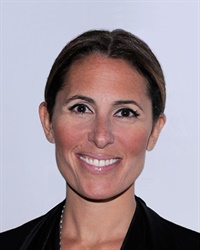 Dr. Kelly Posner Gerstenhaber is a Professor of Psychiatry at Columbia University. The President of the American Psychiatric Association noted her work with the Columbia Protocol could be "like the introduction of antibiotics." The U.S. Department of Defense said that her work is "nothing short of a miracle" and stated "her effective model of improving the world will help propel us closer to a world without suicide." The Center for Disease Control noted that her work is "changing the paradigm in suicide risk assessment in the U.S. and worldwide."

Dr. Posner's work has been noted in a keynote speech at the White House and in Congressional hearings, and she made the lead presentation in a forum on school safety at the U.S. Senate in her partnership with the Parkland community. Jim Shelton, Former Deputy Education Secretary of the U.S Department of Education, says her work "has the potential to keep the 64 million children in our schools safe physically and mentally by helping prevent school violence." In Israel, where the protocol is in every school teacher's hands, officials said her work "is not only saving millions of lives, but in Israel it is literally changing the way we live our lives." Through her advocacy, she has helped change local, national and international policy, which in turn has helped achieve reductions in suicide across all sectors of society.

Dr. Posner gave the invited presentation on tackling depression and suicide at the first European Union high level conference on mental health. She was recognized as the Most Distinguished Alumna of her graduate school at Yeshiva University in the past 50 years and was named one of New York magazine's "Most Influential." She has received numerous awards and accolades including the New York State Suicide Prevention Award, the Anel Award of New York's "100 Socially Responsible" and the Anne Vanderbilt Award from Partnership for Children.

The Columbia Protocol is policy across all 50 states, many national agencies and most countries. Dr. Posner was commissioned by the FDA to develop a scientific approach to suicide risk assessment that has become the gold standard for suicide monitoring and is ubiquitous across the U.S. and worldwide. The FDA has characterized her work as "setting a standard in the field" and a lead article in The New York Times called it "one of the most profound changes of the past sixteen years to regulations governing drug development." Her scholarly work has been included in the compendium of the most important research in the history of the study of suicide.

In 2018, Dr. Posner was awarded The Secretary of Defense Medal for Exceptional Public Service for her work saving lives across the nation.

Financial: Dr. Kelly Posner has employment relationships with Columbia University College of Physicians and Surgeons, the United States Air Force Zero Suicide Academy, and the New York State Psychiatric Institute. She serves as a subject matter expert for the US Department of Defense. Dr. Posner receives a speaking honorarium and recording royalties from PESI, Inc. She has no relevant financial relationships with ineligible organizations.

Non-financial: Dr. Kelly Posner is a member of the Caring Commission and the Trauma Task Force for United Jewish Appeal. She is the Founding Chairman of the Board for Turnaround for Children, and she is the co-founder of the Speyer Legacy School and Institute. She serves on the board of directors and on the scientific review board for the American Foundation for Suicide Prevention.