An Autobiography of Trauma: Mapping the Complex Fabric of Trauma

Dr. Peter A. Levine’s SE Legacy faculty member, Euphrasia Nyaki (Efu) engages Peter in a lively conversation about his early childhood experiences that led to his lifelong passion and mission. We learn how Peter, as a curious young boy, discovered Newton’s First Law of Motion. It was later in life that his fascination with animals in the wild became his calling to discover what it means to be an embodied human being. While at the same time finding his own healing from traumatic experience. Efu guides us through Peter’s epic life, as he shares his scientific observations and personal journey developing the Somatic Experiencing® method.

Continuing education credit is not available on this product. 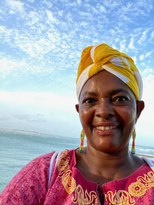 Sister Efu grew up in the village of Nganjoni - Marangu, in the foothills of Mount Kilimanjaro, Tanzania. Currently living in Brazil, she is an SE™ Faculty member for the Somatic Experiencing Trauma Institute and a valued member of Dr. Levine's SE Legacy Faculty with the Ergos Institute of Somatic Education, as well as co-creator of AFYA, a Holistic Healing Center in João Pessoa, Brazil.

During the past fifteen years, Efu has integrated the traditional medicine of her family clan (the Nyaki clan) with her SE trauma healing work. She specializes in shock trauma, natural disasters, trans-generational trauma, emotional, developmental, social traumas, and Family Constellations, massage, reflexology, Reiki, and mud therapy. She teaches SE throughout Brazil and has offered her SE skills in Haiti, Uruguay, Bolivia, Peru, Egypt, India, South Korea, Philippines, Hong Kong, Japan, China, and Spain. Prior to becoming an SEP, Efu trained and worked as a Mathematics and Science teacher at Chanjale Junior Seminary in Dar es Salaam, Tanzania. In 1990, she left teaching and joined the Maryknoll Sisters Religious Community. Her first Mission was assigned to Brazil in 1993. Seven years later she co-created Afya, which means healing in her native language of Swahili; a Women's Holistic Healing Center and a Non-Government Organization (NGO), serving women in the poorest communities of the city of Joao Pessoa. Afya was so successful in its healing mission that it naturally expanded to include women and their entire family unit and is now celebrating twenty years of successful community healing and transformation. 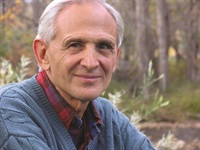 Dr. Peter Levine holds doctorates in both medical biophysics and psychology. He is the developer of Somatic Experiencing® (SE), a naturalistic body-awareness approach to healing trauma, which he teaches all over the globe. Dr. Levine is also the founder of the Foundation for Human Enrichment and was a stress consultant for NASA during the development of the space shuttle.

An accomplished author, Dr. Levine penned Healing Trauma, Sexual Healing and the bestselling book, Waking the Tiger. He also co-authored with Maggie Kline Trauma Through a Child’s Eyes and Trauma-Proofing Your Kids. His latest book, In an Unspoken Voice: How the Body Releases Trauma and Restores Goodness, is a testament to his lifelong investigation into the connection between evolutionary biology, neuroscience, animal behavior, and more than 40 years of clinical experience in the healing of trauma.

Dr. Levine was honored in 2010 with a Lifetime Achievement Award from the United States Association for Body Psychotherapy (USABP) and is a Senior Fellow at Meadows Behavioral Healthcare.

Speaker Disclosures:
Financial: Dr. Peter Levine receives royalties as a published author. He receives a speaking honorarium, book royalties, and recording royalties from Psychotherapy Networker and PESI, Inc. Dr. Levine has no relevant financial relationships with ineligible organizations.
Non-financial: Dr. Peter Levine is the founder and senior advisor to Somatic Experiencing International, the founder, and president of the Ergos Institute, and is the senior clinical fellow and advisor to the Meadows Addiction Center. Dr. Levine is a member of the American Psychological Association.

This product is part of a bundles which includes special pricing as displayed below.
Just add my Product to the Cart Add Bundle to the Cart
Additional Participant CE
Additional Participant CE must be purchased for each additional viewer. These viewers will watch the video with the main registrant, but will have individual access to course handouts and certification. The standard price of this program includes certification for main viewer.
Ok